When revolution broke out in Paris in February 1848 and the Belgian government feared it might spill over into the recently formed state, the Association Démocratique was suspected of providing refuge to foreign agitators. It was spied on, and many of its members being arrested and deported. Marx received a deportation order on 3 March 1848. He has 24 hours to leave Belgium. 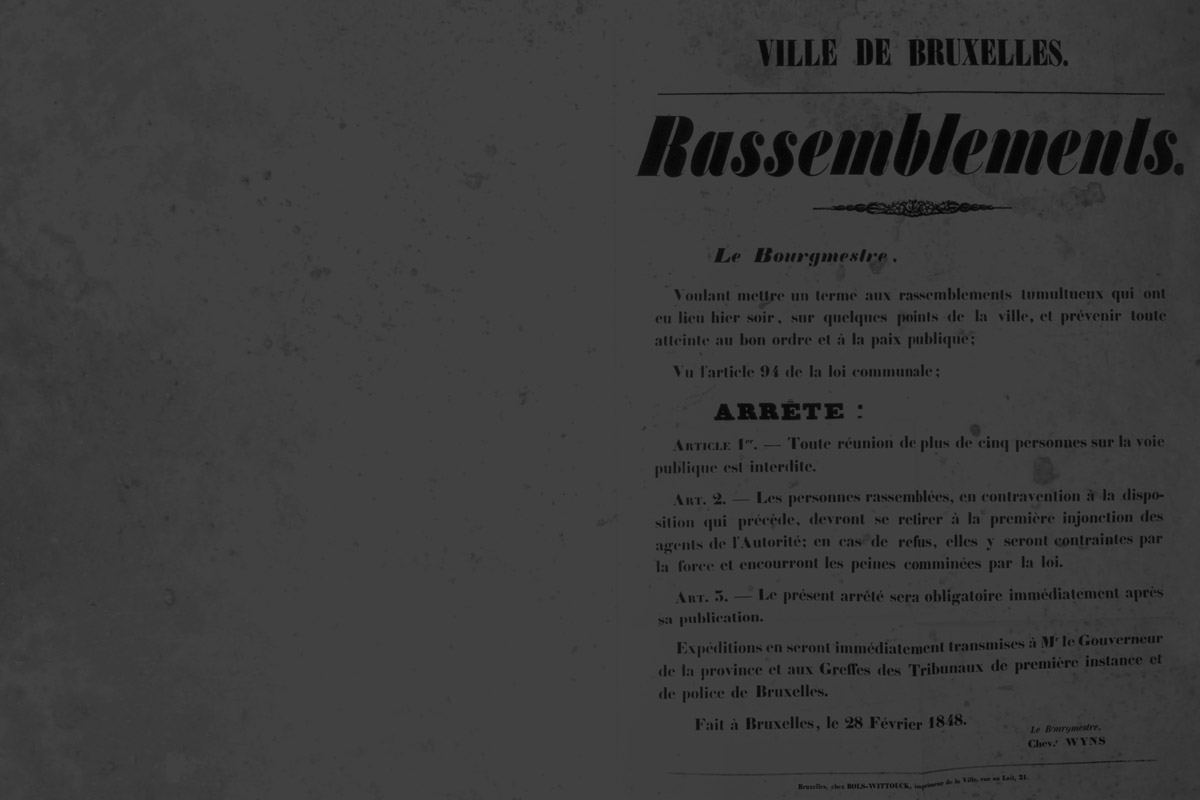