Moving into politics - deported from Paris

Between June 1844 and January 1845 the Prussian envoy in Paris intervenes thirteen times with the Foreign Minister and Prime Minister Guizot against Vorwärts! (Forwards!) and its staff; their attacks on and contempt for Prussia’s King Friedrich Wilhelm IV have long been a thorn in the side of the government in Berlin. Guizot gives the order for Bernays, Börnstein, Marx and Ruge to be deported. Marx receives his deportation order on 25 January 1845: He must leave Paris by 1 February.

Marx sets out for Brussels – the city where, three years later, he will write the Communist Manifesto together with Friedrich Engels.

Of all Parisian acquaintances, Marx wrote shortly before his departure to Heinrich Heine, he would miss the poet the most. He, in turn, looks on with a mixture of concern and admiration at the idea of communism - and the people who are passionate about it. 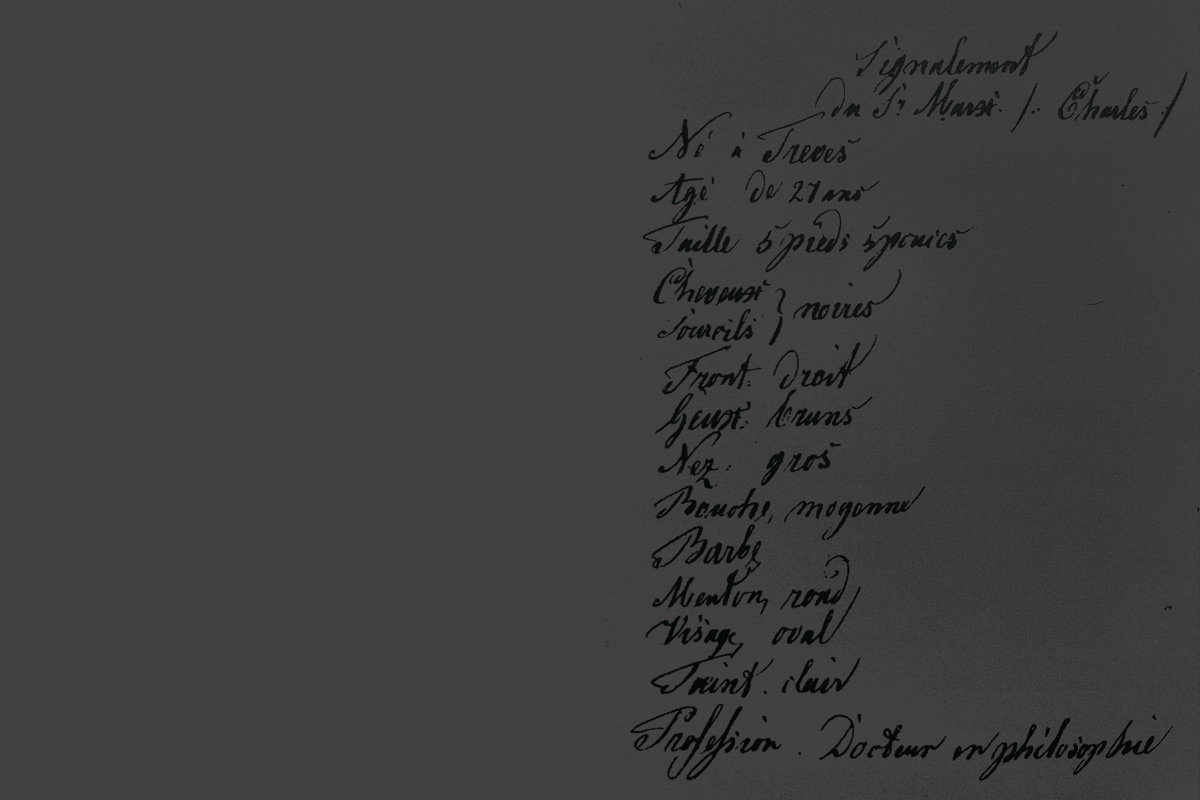