2017 and 2018 mark several anniversaries whose significance for the critique of capitalist society is hard to diminish. It is Capital’s 150th anniversary in autumn 2017, the 170th anniversary of the Communist Manifesto in February 2018, and it would have been Karl Marx’s 200th birthday in May 2018. Moreover, we are approaching the 100th anniversary of Russia’s February and October 1917 revolutions and the German revolution in November 1918. A further anniversary to commemorate in 2018 will be the 50th anniversary of the global upheaval in 1968. Together, these anniversaries offer the unique opportunity to discuss the developments of ‘Critique following Marx’, the current state of discussions of Marx and social critique in general. It is, however, also an opportunity to re-orientate this discussion towards the future: what are the demands of a critique following Marx today?

In recent years, the ‘Return of Marx’ was repeatedly stated, initially at the turn of the century as the so-called ‘globalisation’ was being discussed, then again in the wake of the great financial crisis of 2007/2008. This renaissance of adopting Marx, which began around 50 years ago - around 1968 - and continues to the present day, was triggered by the new social movements and their desire for a critique of society. However, the way back to Marx takes us through the entire history of Marxism. Marx is inextricably linked to how the workers’ movement and the political currents that refer themselves to him understood his analysis.

This includes the various stages of Marxism, passionate debate and political divisions, social democracy and Stalinism, but also libertarian, anti-authoritarian and/or feminist actors who maintain a critique in line with Marx. Last but not least, Marx is inextricably linked to the rejection and incomprehension on the part of his opponents.

The works of Marx too can only be understood from its historical context. The young Marx’s studies in religion and philosophy led to his critique of the political economy, namely Capital. Conversely, we can also read and understand his earlier writing through the lens of this result.

This, however, is still not the whole truth. Marx cannot be understood by merely looking back at the effects of his critique, however it ultimately remains an open question as to what effect and significance his critique will still have., Much the same may be said for the 150th anniversary of the publication of Capital and the 100th anniversary of the various revolutions. They do not revisit us purely as a date and set of facts, rather we remember them because their effects have not yet been finalised and their significance has not yet been finally determined. Marx’s Capital, like the revolutions, returns as a question, as a question concerning blank spaces, errors and open promises. Karl Marx and his critique of the political economy, the revolutions of 1917/1918 and also 1968, the year of global upheaval, are messages through time, half-opened doors in history, the unsolved, incomplete and unanswered questions of past and future emancipatory movements.

A return will require active appropriation. That is why Rosa-Luxemburg-Stiftung and Helle Panke have created the marx200.org online platform. The portal will gather, publish and disseminate activities related to the aforementioned anniversaries and provide information, as well as initiate and document discussions. 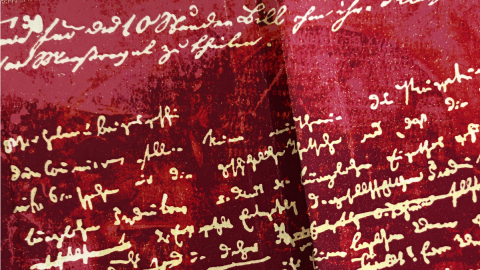 At some point between 23 February and 1 March 1848 – the exact date remains disputed – a political text comprising a small 23-page pamphlet was published in London. The document was written following a congress held by the Communist League in the British capital in the middle of December 1847, during which it had been decided that the League would meet on an annual basis every August and subsequently commission a “manifesto in the name of the party”.